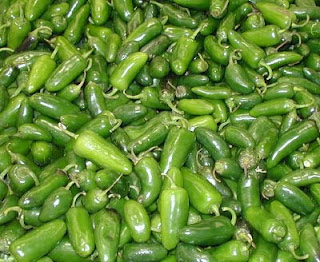 WASHINGTON - Investigators are seeing more signs that the salmonella outbreak blamed on tomatoes might have been caused by tainted jalapeno peppers and have begun collecting samples from restaurants and from the homes of those who have been sickened, according to health officials involved in the probe.

New interviews with those who became infected found that many had eaten jalapeno peppers, often in salsa served with Mexican food, according to two state health officials. So far, none of the jalapenos taken from restaurants and from the homes of those who became ill have tested positive for Salmonella saintpaul. To read more about this, click here.
There's just too many things going on around in every place right now. This is getting serious and ridiculous. We should all be extra careful of what we eat. Avoid raw red plum, red roma, round red tomatoes, and products containing these raw tomatoes. To date, 130 people have been hospitalized from infections reported in 36 states and the District of Columbia, making it the largest produce-linked salmonella outbreak in U.S. history.
Posted by Pangit at 8:59:00 PM